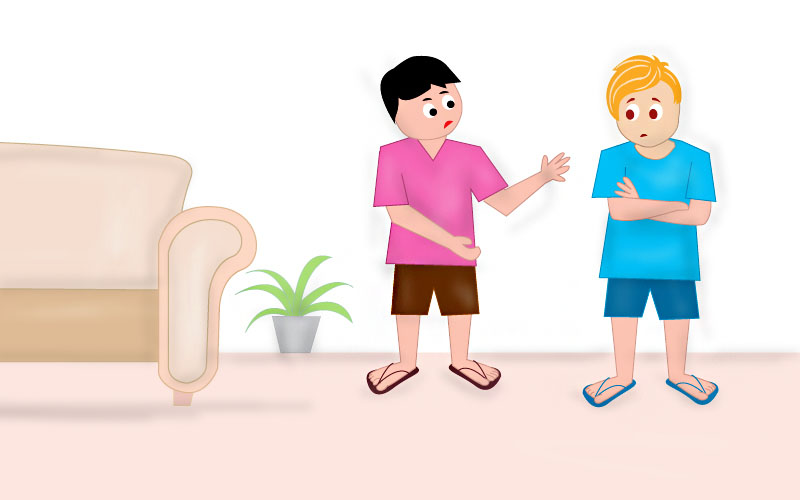 “Are you sure?” he asked Nipun.

There’s an old house opposite Nipun’s house, across the lane.

A new tenant came tooccupy it a few weeks ago.

Nipun had found the tenant to be suspicious.

He says the tenant doesn’t come out of the house during the day time.

People have been unloadingbig boxes from the vehicles.

“I wake up almost daily by those vehicle sounds” Nipun said.

“Once I came out of the house and watched them quietly” Nipun explained.

“Those people were looking at the road all the time” he said.

“As if they were worried that somebody would find them out” he added.

“Didn’t you tell your father?” he asked Nipun.

“Father is away in Hatton for his company work” Nipun replied.

“He has been there for the past two weeks” he added.

Tarun thought for a few seconds.

“Let’s inform my father then” he suggested.

What is there opposite Nipun’s house?

What happens there at night?

What did Tarun suggest?