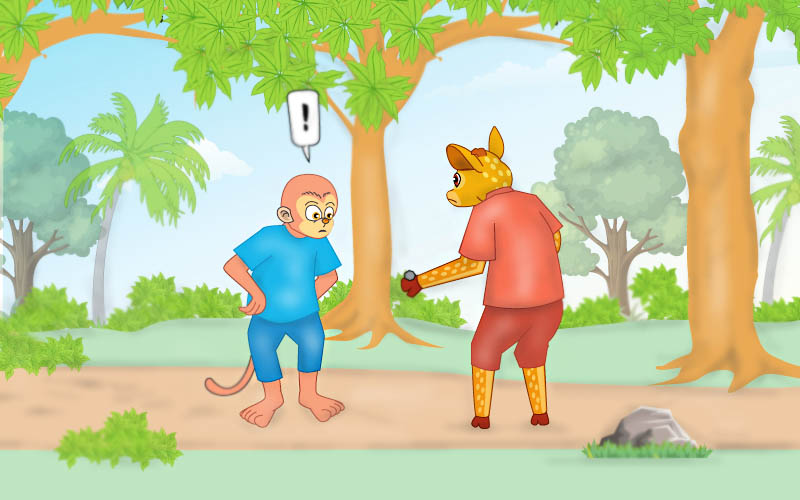 The new oven created quite a stir.

The villagers started visiting the deer home to see it.

He slipped out of the home and headed towards the meadow.

As he was walking a stone hit his shoulder.

When he tried to pick it from the ground another one hit his back.

“Whoever who is hitting me with stones is a coward” Chubby shouted.

“Why can’t he meet me face to face” he added.

The pelting of stones stopped.

“Chubby...” a voice came from behind.

Chubby was so happy to see Willy.

“Someone was hitting me with stones” Chubby complained.

“The stones hurt me” he added.

Willy looked at the trees around.

“Ben you better come down” he said angrily.

“He had a sling shot in his hand this morning” Willy informed Chubby.