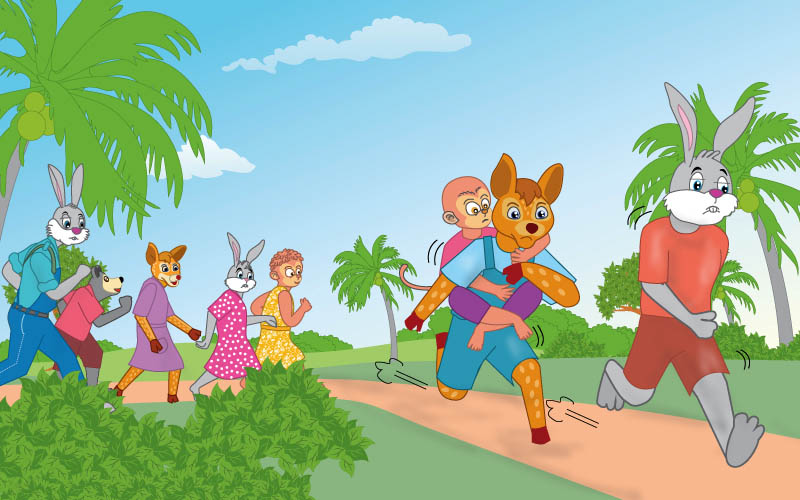 The two sisters too started galloping.

He was running at full speed.

The clown was on his back.

He was so frightened and was holding on to Vega tightly.

They disappeared at the road bend.

Willy jumped on to deer boy Chubby’s back.

Both of them started running at once.

There was pandemonium at the pasture.

The band stopped the music.

The anxious clowns were running here and there.

They did not know what to do next.

Papa Rabbit came up to them.

“Don’t worry, your friend will return safely” he assured the clowns.

The band members and the clowns felt a little relieved.

Still they were worried.