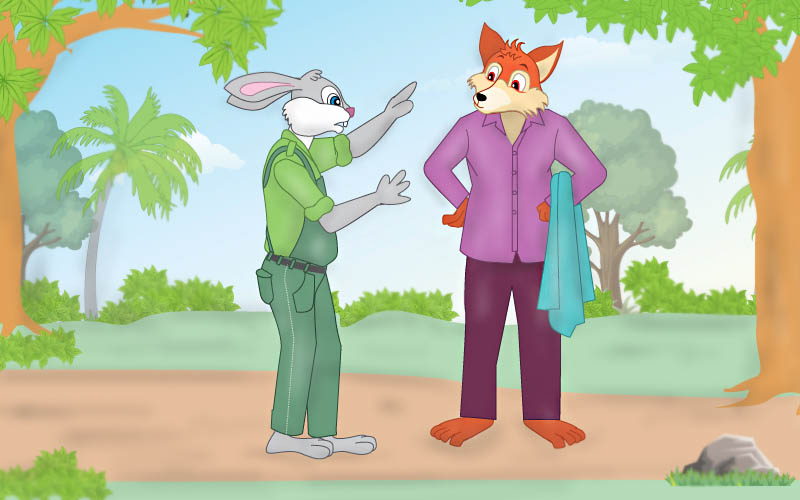 Being a rabbit is an advantage.

So he took the forest road instead of the meadow road.

The door was locked.

“Is Mr Brown in?” Papa asked in a hurry.

“He went to the well for a bath” Mrs Brown replied.

“Then I’ll catch him there” Papa said running out of the house.

The well was a little away from the Fox house.

He was about to leave.

Fox Brown was surprised to see Papa Rabbit running towards him.

Fox Brown waited till Papa Rabbit had narrated the story.

“That land is not mine” Fox Brown said.

“It belongs to my brother” he added.

Papa Rabbit was a little confused.

“He went missing about eight years ago” Fox Brown replied.